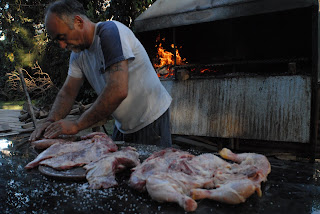 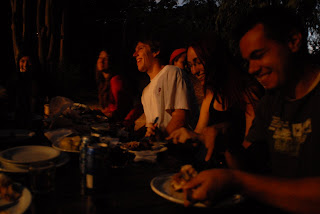 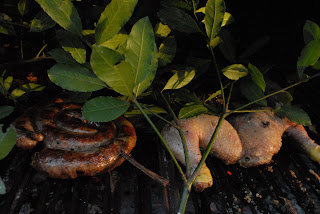 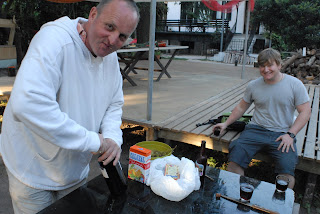 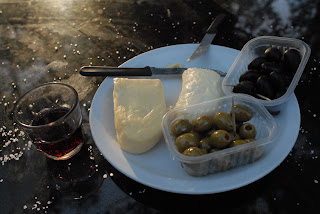 If there is one thing other than huge trout that Argentina is known for is their pride in their beef. The other night at our hostel in Tigre a group of us decided that we wanted to host a Argentinean BBQ for all the travelers. Enter stage left Eduardo. Eduardo is the ¨do all man¨ around the hostel. In our broken Spanish we asked him about the large grills out back and what we would need for an authentic Argentianean Asado (BBQ). The next thing we know we are following him across the street to the local butcher shop where a wall of hanging beef beckoned to us in carniverous delight. Eduardo took the reigns and started firing off orders to his friend behind the counter. These people don´t mess around when it comes to backyard cusine. We loaded an entire shopping cart full of what would be the equivilant of what seemed like 1/4 of a cow including prime rib, tenderloins, sausages, a couple chickens and eight large bottles of vino.

It is common to cook over wood on a huge open grill. Eduardo left that part to the Americanos. Not ones to refuse a challenge, especially when it comes to setting a bon fire we quickly got to work. Flames eight feet high spewed out the top of the homemade grill. Opps.

An hour later as the hellfire calmed to coals, we watched Eduardo prepare the meat. Salt. Lots and lots of salt. According to him, the meat will only soak up as much as it needs for the proper amount of flavor. Next he placed the meat about a foot over the coals where it slowly cooked for about an 45 minutes.

Once the meat looked about finished, Eduardo excused himself to walk to the trees in the back only to return with branches of Laurel in each hand. With a small grin he laid them over the meat and let them smoke for about another ten minutes. Lord have mercy! Easily the best beef I have ever had. I could get used to this lifestyle. It´s a good thing we have six months left of this trip. Tuesday we leave for Bariloche then down to Esquel to finally get our lines wet. Arroyo Pescado is said to be the best spring creek to fly fish.

A message in passing
Scroll to top