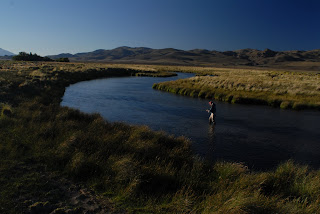 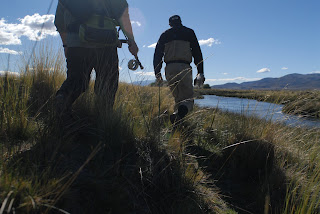 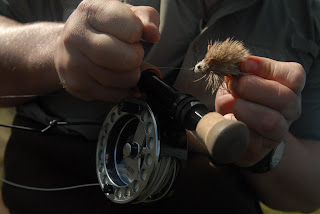 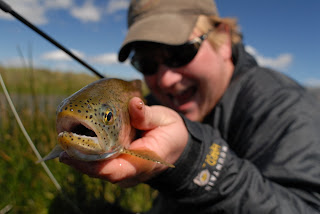 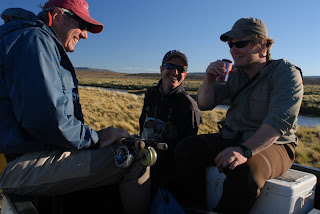 For any fisherman who is familiar with the Patagonia region of Argentina, the name Arroyo Pescado should signal sirens. It´s known for being arguably the best spring creek fishery in the country and first hand accounts from previous fisherman have described it as being so good it´s almost boring.

Eric and I came to it with a guided group of fisherman from Washington state with local fishing guide Raul San Martin and Bill Marts from The Fly Shop in Redding, CA. For all the build up people had been giving it, at first glance, it didn´t look like much. The creek resides roughly 30km from Esquel and it flows slowly through a huge open valley in the heart of the Patagonia tundra. What it lacked in mountainous asthetics, it made up for in the fishing and the quiet beauty of the wind swept grasslands.

Driving up to it along the mazes of off-the-beaten-trail gravel roads, you drive past Argentina guachos herding their merino sheep and watch over head as flamingos and spotted ducks give themselves a safer distance from the new arrivals. It is the kind of place where you won´t find another footprint and the fish act as if they have never seen a fisherman before and with good reason. The property that the creek runs through is owned by a Bozeman Montana man who in the spirit of conservation, maintains a strict limit of access no more than eight fisherman to the water system on any given day. In order to fish it we had to pay $210 pesos (roughly $70).

All I can say it was well worth the cost.