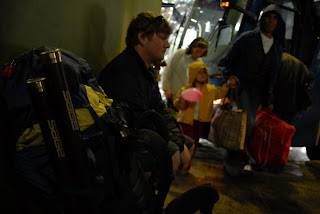 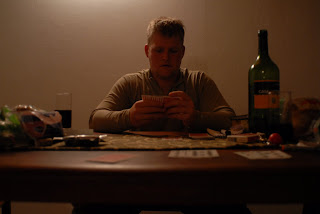 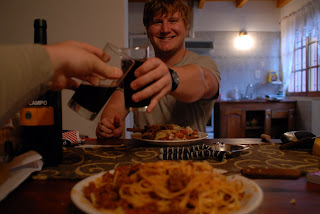 After a no show of our package from the states that we had been waiting on in Tigre, Eric and I decided to come back in two weeks to Buenos Aires and get going on our search for trout. This entailed us having to take a thirty hour bus ride westward to Bariloche and then head south to the small mountain town of Esquel.

The bus systems here in Argentina, altough long, are a pretty cheap and scenic way to get around the country. The seating is not what you would think a bus seat would be. When we were expecting a 30 hours ride from hell, we were plesantly surprised to be greeted with lazyboy type seating with plenty of room to stretch out.

As comfortable as a 30 hour bus ride can be, it was still tiring and by the time we got to Esquel we were wiped out. We ended up meeting with a local legend fly fishing guide Raul San Martin. Raul is a stud. This guy is in his fifties and has been fishing the Patagonia region since he was twelve. We arrived with a room reserved by Raul at this really nice hotel and the promise of getting into some rainbows the next day.

There is something about being in a strange unfamiliar place that you sometimes get those craving for homestyle creature comforts. Exuasted but determined, Eric and I decided to make a feast for ourselves comprising of spagetti, wheat bread and Nesquik chocolate milk. The rest of the evening was spent redeeming myself in our rummy game and polishing off two bottles of wine. Salute!