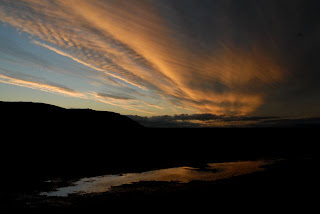 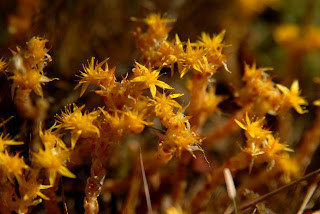 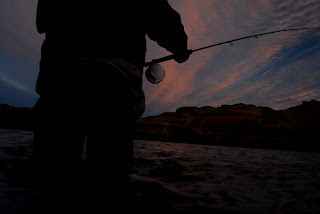 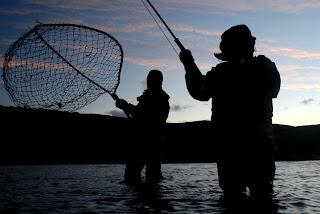 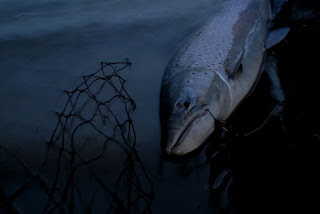 For the past week I have been staying and the Estancia Maria Behety Lodge on the legendary Rio Grande in the Argentina Tierra del Fuego. The Rio Grande is considered by many to be the best sea run brown trout fishery in the world. The river gains momentum at it´s head waters in the Chile Andes and then stretches roughly 65 miles across the Argentina side of Tierra del Fuego and into the Atlantic ocean. When people in the states measure trout by inches, here the locals yawn at any fish less than 10 lbs. Just the other day a client landed a 27 lbs brown trout. Using a streamer striping method, the twelve visiting clients were regularly landing 15 lbs plus fish. Needless to say the fishing has been just epic.

So I have been away for a while. Let me bring you up to speed. I flew into Ushuaia from Buenos Aires and met up with Mike Mitchalak, the owner of The Fly Shop in Redding, CA. We were picked up by a man by the name of Aljehandro Menendez who then drove us to his 5 star fishing lodge on the Rio Grande. Aljehandro being in his mid-sixties, is the fifth generation Menendez to run the estancia. It was pretty interesting to meet some one with such a well known family history. Currently his 100,000 square kilometer estacia has the world`s largest sheep shearing barn and one of the biggest if not the biggest sheep operations in Argentina. His family was one of the first to establish a ranch on the wind swept Tierra del Fuego. Try googling the Menendez family in Argentina. The guy is a stud.

The ride towards the Rio Grande is comparible to no other place I have ever been. Every where you looked it was like staring at a postcard. Huge blue glaciers, lush meadows, and huge jagged peaks of the last great push of the southern Andes. Aljehandro wasted no time, speeding his way through the mountain passes, veering left and right around tight turns and punched the peddle to accelarate past a police car. “They never pull you over for speeding,“ he says, “We have fish to catch.“