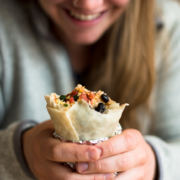 Over the past year, I’ve been photographing the happenings of Taco del Sol taco shop in Bozeman, Montana. My good friends Marley and Matt have run the successful college town restaurant downtown for the past few years and they wanted a photographer to capture the atmosphere and feeling of the place. It’s been a fun project to work on and develop. Here are a few of my favorite photos I’ve made during my time there. If ever you find yourself hungry in downtown Bozeman, Montana, I hope you swing by and do yourself a favor by ordering some fish tacos. Delicious. Thanks for looking, -M

Well, life has improved ten fold now that my second photographer Adrian has begun to settle into his new digs. It’s allowed me to make more time to hangout on my recent assignments and hopefully make better images. I must say I am still adjusting to being back in a mountain climate with it’s sporatic weather patterns. One day it will be 80 degrees and sunny the next day it will snow. Alas, I’ve rediscovered that spring comes slowly to Montana. The good weather will be here soon enough. I’m looking forward to it. Here are some favorite photos from the past couple weeks. Cheers, -M

Well the final hours of my last day as a Daily Republic staff photographer have come and gone. I’ve had a great 3 1/2 year run covering the Solano County community here near the San Francisco Bay Area. I did a lot of growth here as a shooter and now I look to the horizon towards my new staff photographer gig at the Bozeman Daily Chronicle working in the mountainous paradise of Bozeman, Montana. Four words: Epic Fly Fishing Country! I’m pretty excited about it. Montana is where I began my journalism career and I’m looking forward to returning to it with lots of experience under my belt and excitement to document the culture that I love so much. I’m already thinking of some great story ideas to tackle out there. Here’s to new beginnings! -Greener

Never have I been more relieved to put a month behind me. I started 2011 nursing the wounds from a Christmas Day car accident where I was hit by a guy running a red light. Wear your seat belts folks. They saved my life. Despite my Subaru being totaled, a massive concussion, some stitches and some ongoing deep aches and pains, I am lucky to be relatively unscathed. I’ve lost count to how many doctors appointments I’ve been to in January. Because of my accident, I have missed quite a bit of work. But as I rounded out the last days of January, I could honestly say that I am starting to feel a lot better and I am looking forward to a new year of making photos. Here are a couple shots from the past couple of weeks that caught my eye. 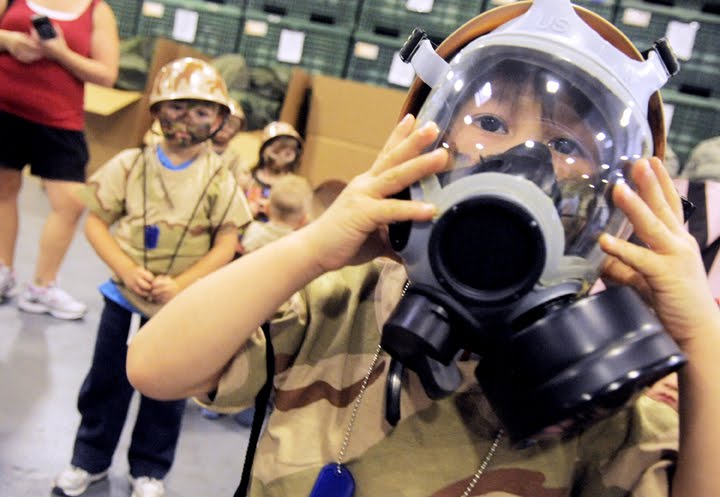 Travis Air Force Base KUDOS participant Justice Wong, 4, tries on a chemical warfare gas mask during a mock deployment simulation for children of deployed troops. The event aimed to show the children the process of what their parents do to prepare for deployment. 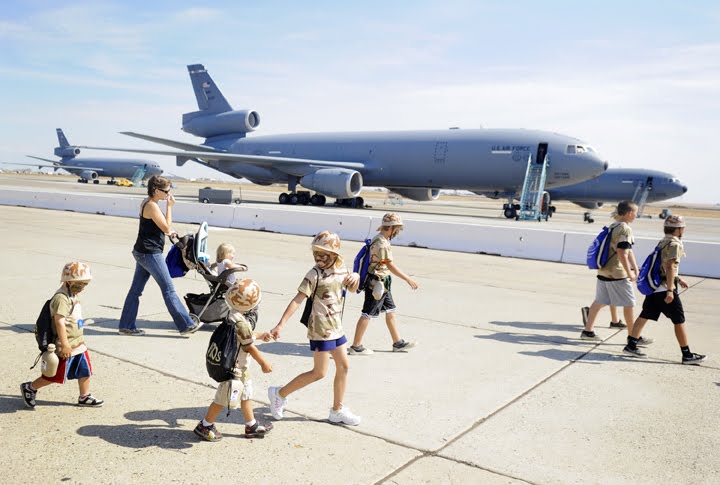 Spouses and children of deployed military troops walk the Travis Air Force Base tarmac to tour a C-17 Globemaster cargo jet during a mock deployment demonstration to give the children a better idea of what their parents deployment is like. 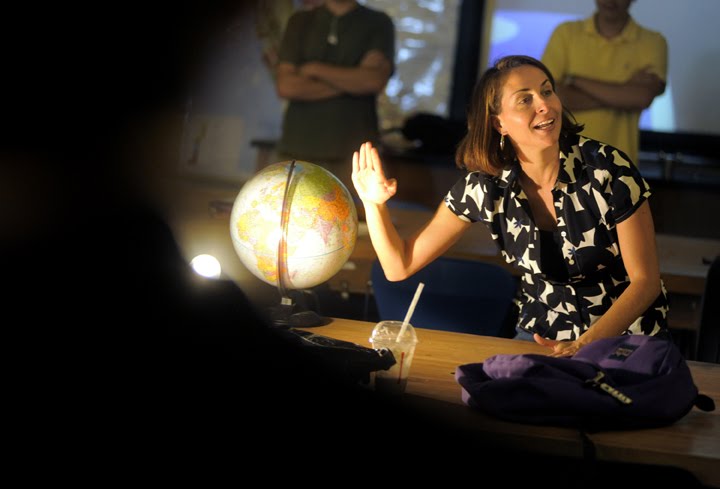 Solano Community College professor Danielle Widemann gives her Physical Geography science class a visual lesson explaining how the earth’s axis and orbit around the sun creates the seasons here on earth during a recent class. Widemann, along with her entire family, went to SCC for their education and she has been teaching at the school for over seven years now. 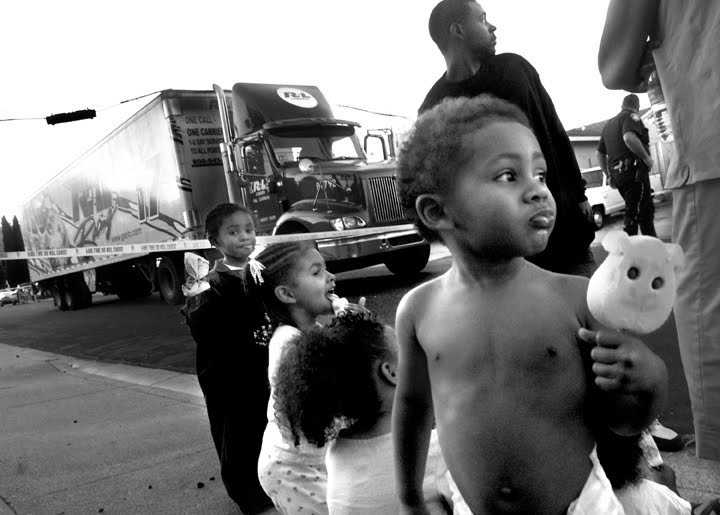 Shawn Beckett, 2, far right, along with Kalie Beckett, 3, Calece Beckett, 5, and Reese Moten, 4, left to right, wait outside their home after emergency crews evacuated them after a semi truck drove into a low hanging power line near the corner of Rocky Hill Rd and Novato Drive in Vacaville Tuesday evening. The accident left thousands of PG&E customers without power. 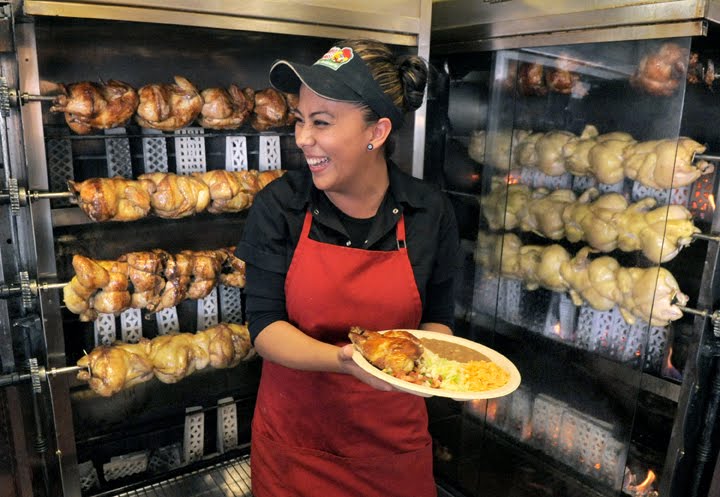 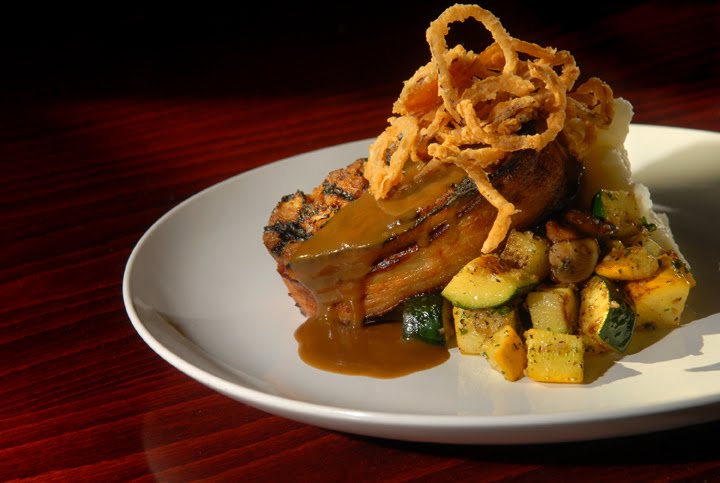 Here’s some of my favorite photographs I made in September. Enjoy. 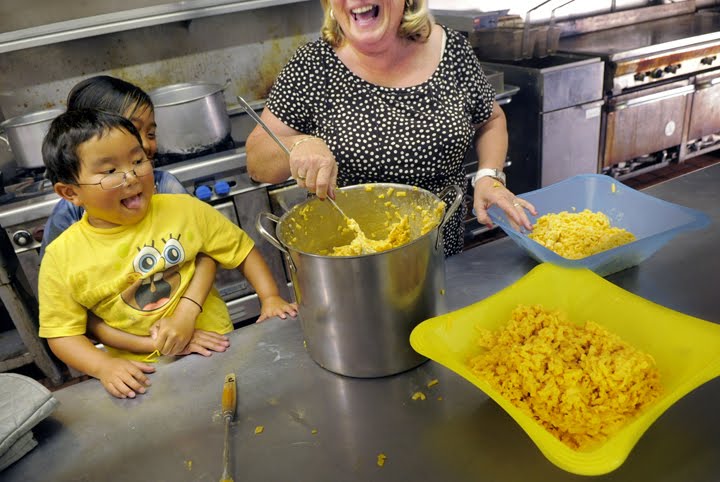 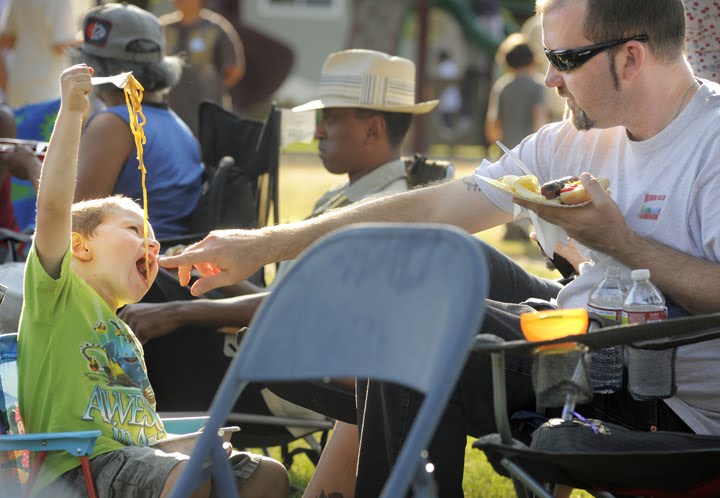 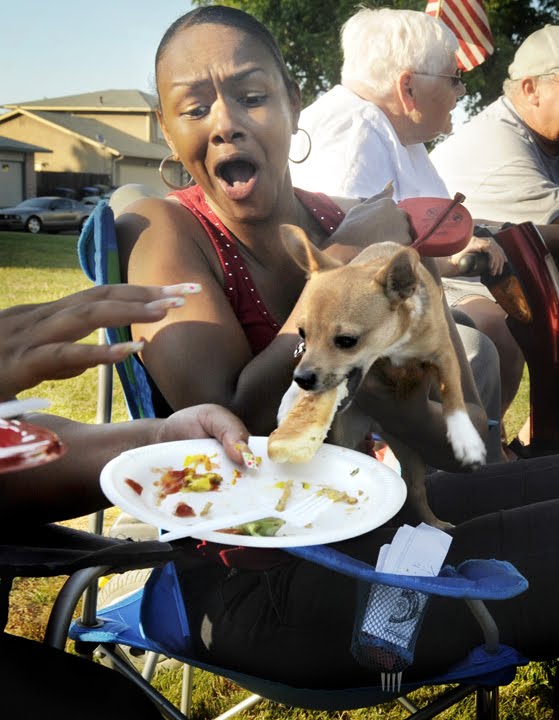 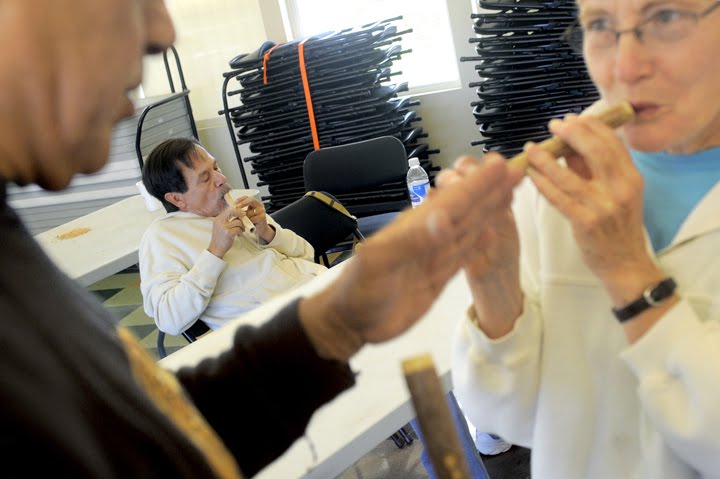 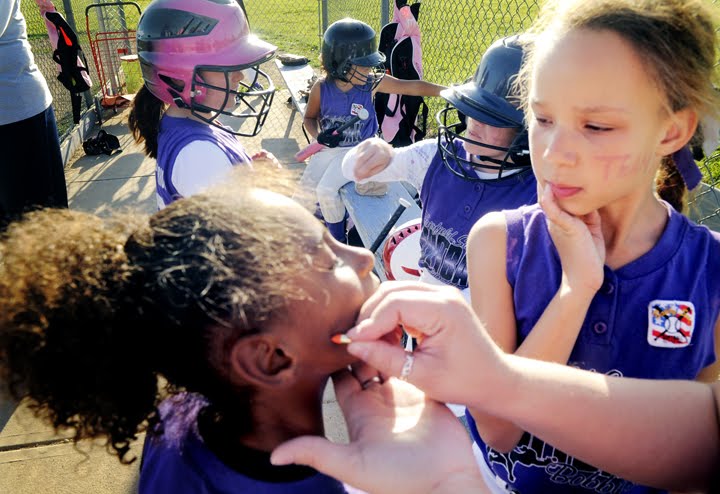 Well, summer is winding down here in sunny Fairfield and we are all looking forward to the start of the new school year. Here are a couple photographs that I made over the last couple weeks.